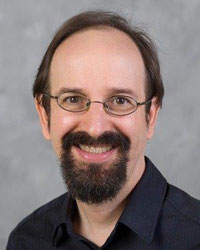 he United States Society for Ecological Economics is saddened to learn of the sudden death of USSEE Board member Paul Baer, who passed away on Tuesday, September 6, 2016. Paul has been a long-time member of USSEE since the founding of the organization, when he was a PhD student in the University of California–Berkeley’s Energy and Resources Group. At UC Berkeley he studied and worked under the supervision of Richard Norgaard, former President of the International Society for Ecological Economics. As a student member of USSEE, Paul was part of a small group of graduate students who advocated for a student seat on the USSEE Board of Directors.

Paul was a scholar and tireless activist for climate justice, and an internationally recognized expert on issues of equity and climate change. As a graduate student, he co-founded EcoEquity, a think-tank that focuses on political and theoretical contributions to “climate solutions that are fair enough to actually work.” More recently, he served on the faculty of the School of Public Policy at the Georgia Institute of Technology, where he taught courses in ecological economics, climate policy, and environmental policy. He also previously held a position with the Union of Concerned Scientists. He was also co-author of Dead Heat: Global Justice and Global Warming (Seven Stories Press, 2002) with Tom Athanasiou, with whom he co-founded EcoEquity, and he collaborated with colleagues on the development of the Greenhouse Development Rights framework, which later evolved into the Climate Equity Reference Project. Other products of his work have been published in a number of interdisciplinary journals and several published anthologies, including Fairness in Adaptation to Climate Change (edited by Adger et al., MIT Press, 2006), Climate Change Science and Policy (edited by Schneider et al., Island Press, 2009) and Climate Ethics: Essential Readings (edited by Gardiner et al., Oxford University Press, 2010).

His contributions to the global discourse on climate policy were notable. Athanasiou wrote, “The tragedy of Paul’s death is underscored by the fact that it occurred just before the Paris Agreement enters into force.” Friend and collaborator, Sivan Kartha of the Stockholm Environment Institute wrote that Paul was “completely unbounded in his thinking. Who else had mixed philosophy, climate science, economics, and energy policy?”

Paul prepared a presentation on Greenhouse Development Rights and Stranded Assets for the International Society for Ecological Economics 2016 conference, and co-authored a recent article in the Ecological Economics journal on employment benefits of cogeneration (February 2015).  His contributions to the USSEE Board, and his gentle presence and diligent passion for action toward a just and sustainable future will be sorely missed. May he rest in peace, even while his legacy lives on.