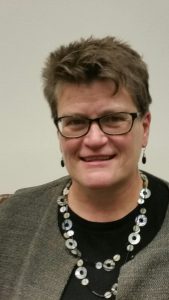 Since January 2006, Anne Hunt has served in a new position, created by Saint Paul Mayor Chris Coleman, as Sustainability Director. Anne has more than 25 years of experience in public and non-profit management and community organizing. Her work for the city has focused on policies and programs that: encourage energy-efficiency and conservation; development of clean and renewable energy technologies; and alternative transportation options to reduce carbon dioxide emissions; promote resource conservation through recycling and waste reduction; improve water quality; and strengthen habitat for wildlife in a built environment.

Stephen Polasky is a Regents Professor and the Fesler-Lampert Professor of Ecological/Environmental Economics at the University of Minnesota where he has a joint appointment in the Department of Applied Economics and the Department of Ecology, Evolution & Behavior. He is also a fellow of the University’s Institute on the Environment. His research interests focus on issues at the intersection of ecology and economics and include the impacts of land use and land management on the provision and value of ecosystem services and natural capital, biodiversity conservation, sustainability, environmental regulation, renewable energy, and common property resources. He is a co-founder of the Natural Capital Project, a partnership between Minnesota, Stanford, The Nature Conservancy, and World Wildlife Fund. He served as Senior Staff Economist for environment and resources for the President’s Council of Economic Advisers 1998-1999. He currently serves on the Board of Directors and the Science Council for The Nature Conservancy, the Sustainability External Advisory Committee for Dow Chemical, and the Science Advisory Board of NOAA. He was elected into the National Academy of Sciences in 2010. He is a fellow of the Association of Environmental and Resource Economists, the American Academy of Arts and Sciences, and the American Association for the Advancement of Science. He received a Ph.D. in economics from the University of Michigan in 1986.